When I was a single parent with Maddi, people used to always say to me "Oh, it must be so hard being a single parent. Having to do everything yourself".

My standard response was always "Oh, its no different than having a partner who works long hours or has to travel long distances"

I have now done parenting from scratch both ways...as a partnership and on my own. Truth be told, and the is just MY opinion.....


Being a single parent is easier. 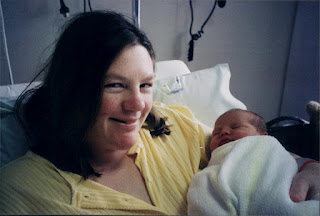 Sounds bizarre, doesn't it. For me though, single parenting meant no other parent involved, at all - No interest, no visitations, no child support. It was literally just me and Maddi.

So, like a good essay writer, let me give you some examples, why this is so, IN MY OPINION/EXPERIENCE.

Firstly, the most obvious one for me. It was my way, my decisions. I didn't have to consult, discuss or compromise on the way I wanted to raise my child. What I wanted was what happened. Well, when Maddi let me have it my way anyhow! Often what I thought was right, what would work, was in fact the wrong thing. Then, that leads into the next thought...my mistakes were mine alone to deal with. No guilt over, "crap, now Ive done it"....Its going to take a week to break this habit, change this behaviour.....When there is 2 parents, if I make a mistake, it affects both of us.

Then there is the little, not necessarily good parenting, but reality none the less, things....

If I yelled at Maddi, there was no one around to make me feel bad for doing the wrong thing. If I was frustrated with her, I could put her in her cot and let her cry it out for 5 or 10 mins. I knew it wasn't going to hurt her, and in fact, in a lot of ways, I think it helped her as well as me.

If she was having a bad night, she could sleep with me. In fact, she did sleep with me, virtually every night until she was well into school. It made her feel safe and secure, and if she was having a bad night, had a nightmare, was sick or just needed me, I was right there. No having to get up and down all night. 9 times out of 10, a cuddle with Mum was all she needed. If she cried all night, it was only me that she would bother, stress out and keep awake. The next day, I would just doze on the couch while she played in the lounge room.

I could still live my life and work at raising my child around my own needs/wants. Sounds selfish, doesn't it? It is. Sometimes I need time out, a break, to just pack up and go away for a few days. I used to do this all the time when it was just me and Maddi. I did work casually, and it fitted in well with my life. If my house was a mess for weeks on end, it didn't matter. It was just me & maddi. I would eventually send her to mums for the day and tackle it all in one go. Being only 2 of us, it was easy to keep on top of.

There are so many ways in which parenting, for me, was easier on my own....

Now there is not only Maddi & i to think about. There is Shane, and Molly and my Dad. What worked when it was just Maddi & I no longer does. My Dad cannot handle tough parenting, as in letting Molly cry, or me leaving her in her cot crying when I am stressed & need a time out. Shane usually can't leave her either. And when there are others in the house, neither can I. I wonder what they are thinking of me as a mother, I hate the idea that they would think I am a failure. I hate the feeling of being judged, whether I am or not, thats how I feel.

Parenting is tough. Sharing the responsibility makes it easier and harder. There are times when, if I didn't have Shane, I doubt I would have made it as Molly's Mum. She is one tough cookie.

Having someone to hold me, comfort me, tell me & remind me I am a good mum helps, a lot. Being able to go "she's your daughter, you deal with it" is great too!! Having someone to discuss the things & issues you aren't sure of helps. 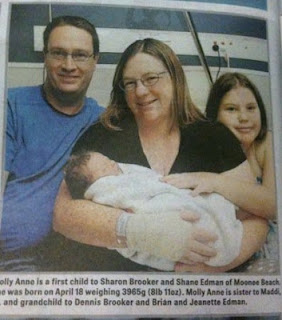 Having someone to share the joys with is amazing! First words, milestones, first steps....all those things are amazing when shared with someone you love. Family outings to the park, church, the beach, out to lunch, the footy, are better as a family. The joy, the enjoyment, the memorable moments increases dramatically! Having someone share in the girls successes, including Maddi's, feeling that same pride, that same pure joy, is something that I wouldn't trade for the world!

Having someone to share the housework load is necessary when your family suddenly grows from 2 to 4 in the space of a few months!

What I am saying, I guess, is that for me, being a single parent was easy, sharing the responsibility is hard....but you know what? 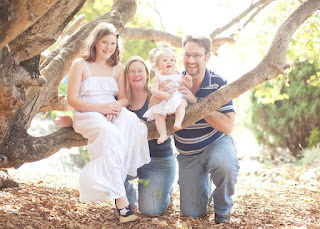