On our weekend away, I learnt something from Mini Miss.

We were travelling home. On the way we passed a LOT of motorbikes, hundreds, all obviously riding together in groups. Between them groups of bikes were police cars. They were all dressed in the same jacket. Basically, a gang or group of bikies. (what IS the correct term for a group of like minded bike riders? a Gaggle? a Group? a Gang?)

When we stopped at a rest stop there were several of these bike riders at the same stop. To be honest I was intimidated. "I don't want to cross paths with the likes of these people" is what I thought. 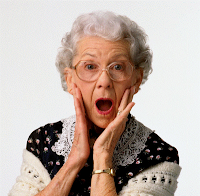 Mini Miss charmed an older lady first. The lady, instantly charmed by Mini Misses cheeky smile around a mouthful of lolly pop, said to her "Hi, aren't you a sweetheart. That looks like a nice lolly! Could I have some?" Obviously expecting a no, the lady was taken aback when Mini Miss promptly removed the lolly pop from her mouth, held it out to her and said, very matter of factly "of course!"
The lady was very surprised at mini misses willingness to share.

Then, dancing around and generally being silly, as she does after being cooped up in a car for several hours, and while waiting for our order, she bumped into and stumbled over, a biker.

Now this guy was what I would call burly. He was big, had a crazy beard, dark hair, sun glasses still on, jeans and black leather jacket with his club/group/gang (I really don't know what is politically correct here!!) colours and image on it.

He slowly pushed his sunglasses up to look down at Mini Miss, now laying in a heap at his feet and giggling like a slightly psychotic monkey! (she had been cooped up in a car for 2 hours!!).

(Has she annoyed him? Is he going to yell at her? Because if he does, the mother in me is going to tell him to back off, and the shy scared mouse in me DOES NOT want to have that sort of confrontation with anyone, let alone someone like this!)

He smiled at her, gave a big laugh and said "well who do we have here?" She gave her name & he reached down and helped her up. "Tank you man" she said and off she went, dancing and spinning around some more.

He smiled at me and said "well, she sure is full of life and surprises isn't she?"

"Yep sure she is" I replied, both relieved and surprised.

So true! More life than I know what to do with and more surprises each and every day!!

Lesson learnt. Don't judge a book by its cover.

He might belong to "a gang". He might look tough and scary. But he could also be a Dad, possibly a Grandad. An uncle and a friend.

And kids? They cross all social barriers to spread their joy of life and their love with everyone, regardless of how they look.